Making the world a better place for homeless pets and the people who love them!

A New Leash on Life volunteers had a tough start to 2013. Our old friend, Bo, who brought us many days of love and laughter at A New Leash Lodge, passed over the rainbow bridge today. I have known him since he was a 6 month old pup, running wild and uncatchable. I got his mother and all his brothers and sisters spayed and neutered, but could never catch Bo in his younger years. I finally caught him in May 2011 while he was dragging around a grapefruit sized tumor on his back foot. He was over 10 years old then. The vet found him to be heartworm positive, arthritic, and in heart failure, with parasites, cancer, and breathing problems. But he was tough. He made it through the surgery to remove the huge tumor, which also took some of his toes. He recovered and started walking again a few weeks after that. But the amazing thing was the transformation he made to trusting humans. He started enjoying the touch and attention the volunteers gave him several times a day. He even started demanding it 🙂 That tail would start wagging the moment someone walked into HIS LODGE. He was the king of the Lodge, and thought everyone was there to see him, so we didn’t tell him any different. We will have him cremated and bury his ashes under his tree (in the picture) in the front yard of the Lodge where he frequently rested. To say he will be missed is an understatement by far. But I promised him today, before I said good-bye, that we would continue rescuing OLD FRIENDS like him to give them a better life…a life like they’ve never had before…full of love, companionship, good food, and medical care. Rest in Peace, sweet Bo. You are with us and our lodge pets always, and we will honor your sweet soul as we move forward to love and rescue those with gray muzzles and cataracts, heart problems and arthritis, but huge hearts and life lessons to teach us. Old Friends like Bo are the BEST. 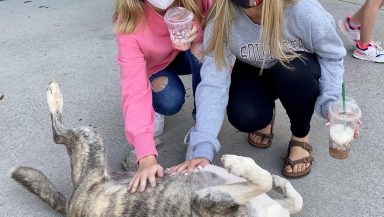 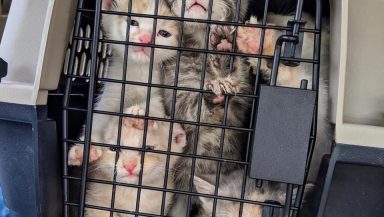 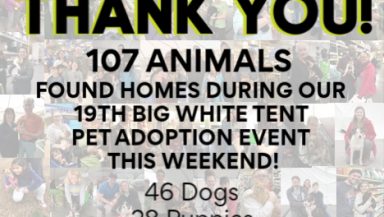